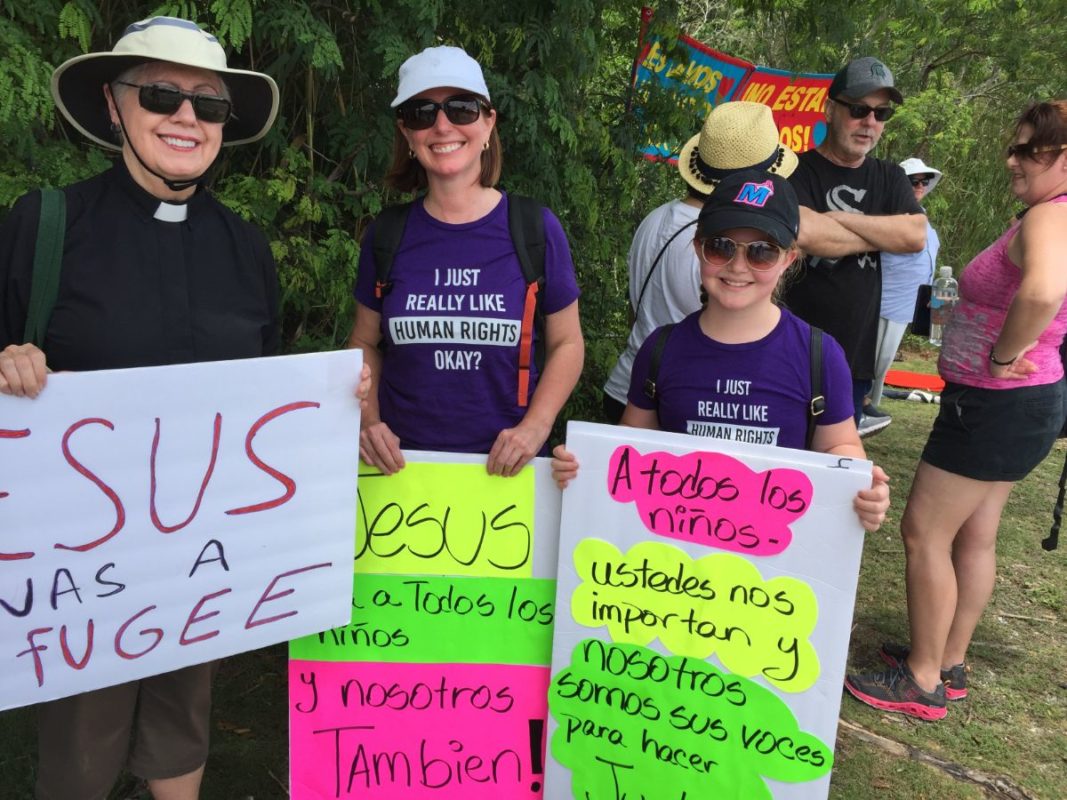 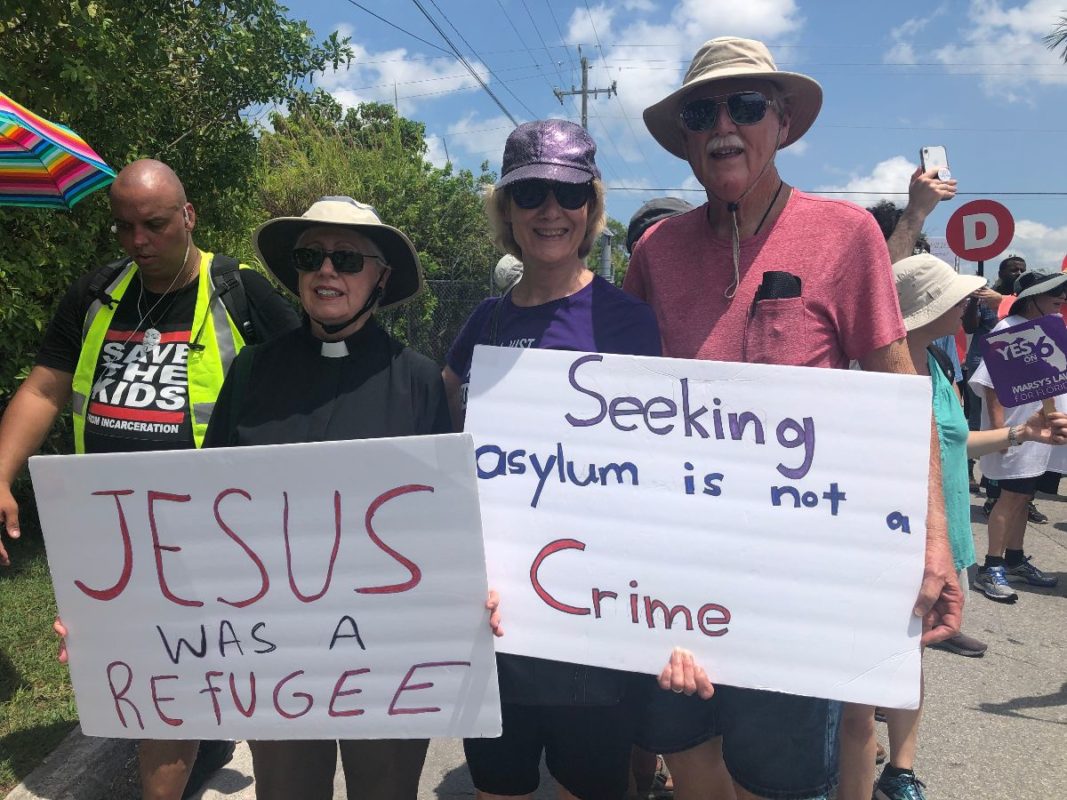 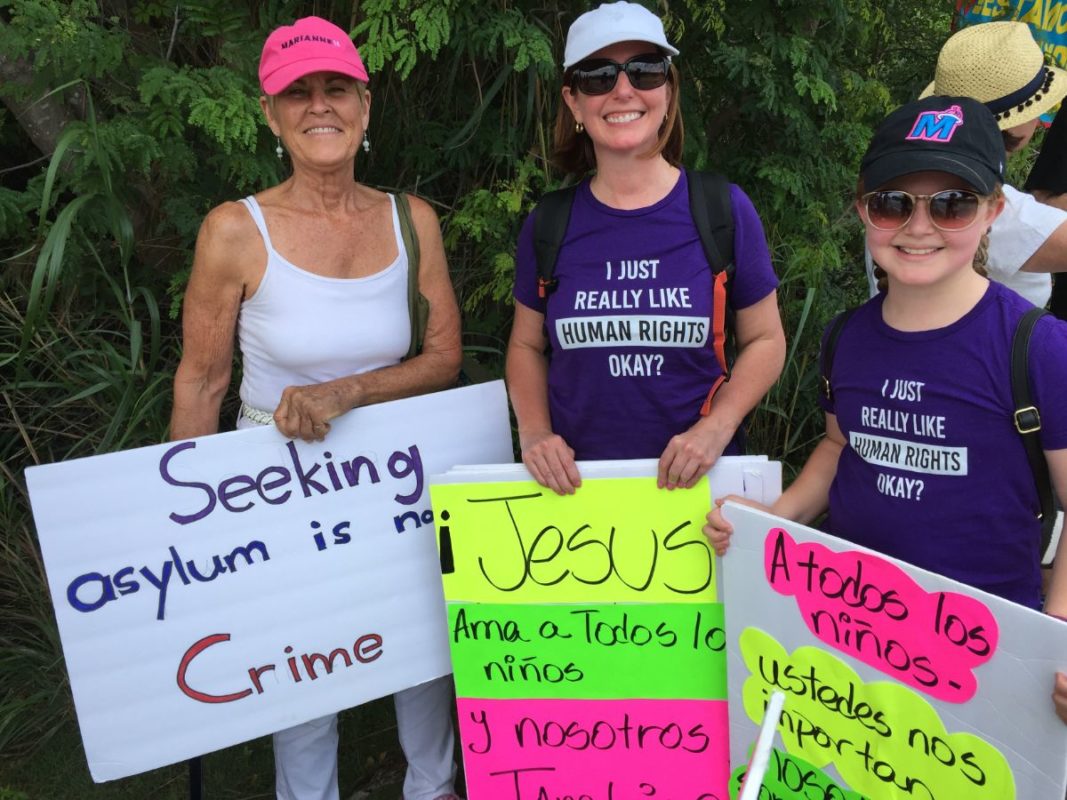 What a joy it was to stand in protest with members and friends of Christ Congregational Church, UCC, on Good Friday, and at the recent Mother’s Day March at the Homestead immigrant child detention facility!  In ministry there have been times when I’ve felt that I was just where God wanted me to be—only here, only now—and these were two of those times.

The extra special gift was being together with CCC sisters and brothers united in a common cause as we held our signs, stood on step-ladders to see the children detained behind the fence, and waving, called out words of love and encouragement to them. We were all on the same page, along with other activists and concerned citizens.

I was proud to be part of the CCC group, along with about 300 other people motivated by their concern and moral courage, to stand and march in the 90+ degree heat on Mother’s Day for these vulnerable children. We were young and old, people of various faiths, and from many places. Some dressed creatively to send their message- Lady Liberty and a cheerleader. Others pushed strollers, or were pushed themselves in wheelchairs, or walked with canes. There were all kinds of colorful signs and banners. There was a wonderful spirit of camaraderie.  It’s not often that we get a real taste of the Kingdom, but we tasted it at Homestead!

One of the reasons people become part of a church community is that they see the church actively engaged in doing some good in the world, and they want to be a part of that. And so I asked Daniel Best, our jack of all trades and a fellow protestor, to post this message on our church sign. I hope those who drive by will respond to the invitation.

“We have a pew for you and a protest sign, too!
CCC cares and acts.
Join us!”